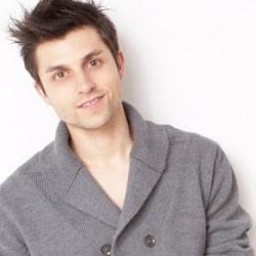 No contact is a load of crap… when I ignored my girl, the only thing that happened was her getting pissed off at me…

The only thing I did was make her dislike me more and give her a better reason to stay away from me. No contact after a breakup is simply twisting the knife deeper.

So my question is this…

Why does every successful “How to get your ex back” teacher, coach, and trainer -say to apply the no contact rule after a breakup!?

Why does every “pro” say it is the best way, even though just about every guy I talk to INCLUDING the pros, say that the girl will likely get angry, and even show resentment?

This is what I hear everyday. I am told reason after reason that no contact “will not work in my situation”

Any other excuse is BS.

That means that no contact did not work for you, right?

you need to quickly watch my video titled “the one question”

The full video is only available in my free members area. So sign up and get it.

You should watch the full video to get the best understanding… but here is the basic point.

EVERYTIME your girl contacts you after a break up… it is for one of only 2 reasons.

1. She misses you a little and wants to hear your voice.
2. She is trying to get you to do something… in otherwords
SHE IS TRYING TO CONTROL or MANIPULATE your actions.

If she says: “I can now see that you never cared about me… because you won’t even talk to me.”

It means: “Please call me to ‘prove’ that you are not an asshole… and moreover… ‘prove’ that all I need to do is be negative to get a reaction out of you”

This will condition her to think that she can get your attention at any time by being negative. Your response to her negativity… will:

1. Make you look weak and unattractive
2. Condition BAD relationship damaging behavior
3. Reinforce your mistaken idea that no contact was bad for the relationship, or will not work for your relationship
4. Give her the air she needs to get back up and forget about you.

No contact WILL damage your relationship if you use some watered down method, that does not put her into a complete panicked submissive state.

You need to use no contact right… then START contact right, at the right time. To learn more… get your behind here:

About the Author Jess Jadon

Please log in again. The login page will open in a new tab. After logging in you can close it and return to this page.